This is a duel-language book of poetry in English and Italian. It tells a story of love and of death due to a rapid illness. The poems bravely bear witness to terrible beauty of these experiences.

Once upon a time, there were 4 girl-women that rented a ramshackle apartment in a mid-west college town for the summer.  They did lots of silly, crazy, and a few potentially dangerous things as they tried to figure out, like people feeling around a dark room with their hands, how to begin to be adults.  They broke a lot of rules because they could.  They asked a lot of questions they were supposed to already know the answers to.  Nobody got hurt.  Nobody got arrested.  Only the cat got pregnant.  But the only thing to do about the walls was to repaint them, and the friendships that survived grew back slowly.  The girl-women were Mennonites, or the daughters of Mennonites, or a new generation of Mennonites sailing toward the edge of that they were told was a flat planet.

If you ever had to map your own terrain, if you ever were 20 years old or went to college, if you ever realized that the rules you memorized from the rulebook don’t apply to the game you’re playing, this book is for you.

When The Roll Is Called A Pyonder
August 2014
eLectio Publishing

When the Roll Is Called A Pyonder: Tales From A Mennonite Childhood is a unique memoir of a childhood on a Mennonite family farm in Lancaster, Pennsylvania in the 1970s.  The story unfolds through a collection of short vignettes which I tell not as a narrator, but from the viewpoint and in the voice of the child I was.  The book does not directly address or evaluate Mennonite life or beliefs; rather, it draws and describes them by being set in them as in the center of the universe.  The first chapter, “Hunting Bunnies”, begins with my earliest childhood memories and ends just before I am finally old enough for kindergarten.  The second chapter, “Chicken Teeth”, begins on the much-anticipated first day of kindergarten and ends at age nine when I begin to keep the diary which I have continued to keep throughout my life.

Tell Me About The Telaraña
2012
independently published 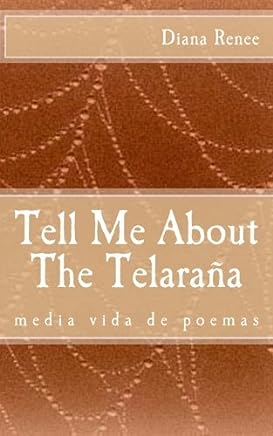 This book is a collection of poems that spans about twenty years. Some of them are in English, some in Spanish, some in both mixed together. Some, but not all, of the poems are in both languages, the translation in italics following the original. This little book is full of laughing, loving, shouting, crying, waiting, wondering and all the other things we do while we live.

Follow Hablando Sola / Talking to Myself on WordPress.com
Join 504 other subscribers

...a writer and poet who left the traditional Mennonite community of Lancaster, Pennsylvania and resides in Costa Rica.